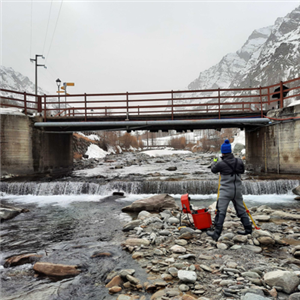 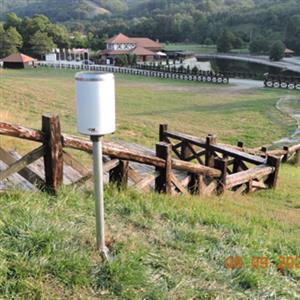 UNDP – CITY OF BELGRADE
Flood monitoring and early warning system for the City of Belgrade
The City of Belgrade is the largest urban settlement in the Republic of Serbia, as well as its administrative and commercial centre. In May 2014, the city suffered substantial damage, in particular in the peripheral area, and that led to ...
REPUBLIC HYDROMETEOROLOGICAL SERVICE OF SERBIA 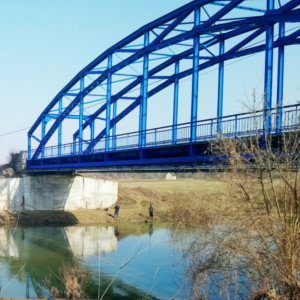 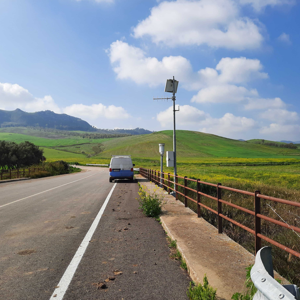 SICILY REGION
Integration of the meteorological detection network for civil protection purposes
CAE for the Decentralized Functional Centre-Idro (CFD-Idro) of the Sicily Region: the realization of a single integrated, redundant and flexible meteorological detection system. Useful to support the CFD-Idro in effectively fulfilling its role in identifying and assessing critical conditions resulting ...
SOUTH-CENTRAL VIETNAM
SOUTH-CENTRAL VIETNAM
Flood Forecasting and Warning System in the South-Central provinces of Vietnam
Floods in Vietnam represent a constant threat that occur throughout the year in different areas of the Country, affect the safety and well-being of the population and cause enormous economic loss, which in turn hamper the social development. Minimizing flooding ...
CENTRAL HIGHLANDS OF VIETNAM
CENTRAL HIGHLANDS OF VIETNAM
Real-time river discharge measurements and new monitoring stations to prevent and manage floods
Vietnam Managing Natural Hazards Project (VN-Haz) is a project funded by the World Bank that aims at increasing the resilience of the population and of the local economy to natural hazards in specific watersheds and the related administrative areas. The ...
GEORGIA WATER AND POWER (GWP) 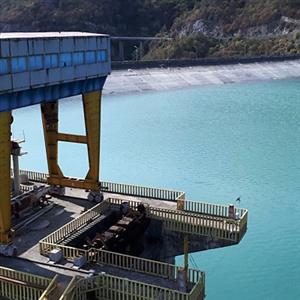 GEORGIA WATER AND POWER (GWP)
Monitoring and Early Warning System for Jinvali Dam in Georgia
In May 2018, under the mandate of Georgian Water and Power (GWP), the Joint Venture CAE S.p.A. & Field S.r.l. was assigned a project to establish the Monitoring and Early Warning System (EWS) for Jinvali dam in Georgia. The aim ...
ARPAE - Hydro-Meteorological-Climate Service AOSTA VALLEY REGION
Adaptation, optimisation and maintenance service regarding the “open” network of the meteo-hydrographic telemetric network
The telemetric network of the Autonomous Region of the Aosta Valley originated from the union of four existing networks, with provisions from an equal number of companies, at various times. A call for tenders was launched to adapt the entire ...
PUGLIA REGION - ARIF 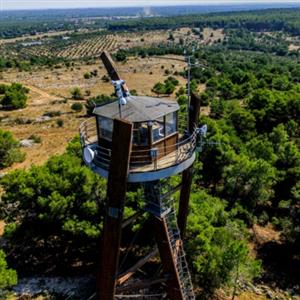 PUGLIA REGION - ARIF
An integrated system for environmental monitoring and remote forest fire detection for the regional territory of Puglia
Puglia's regional wooded area presents a high fire risk whilst fire-fighting operations are very complex if not accompanied by technological support systems, capable of introducing innovations in support of the worker’s activities. ARIF has set itself the goal of creating ...
MALDIVES METEOROLOGICAL SERVICE (MMS) MALDIVES METEOROLOGICAL SERVICE (MMS)
Expansion of the National Meteorological Monitoring Network with 25 new stations and control center
The Maldives are highly vulnerable to natural disasters, especially during the South-West monsoon season, because of their geoclimatic conditions, and these risks clearly affect the profile of physical and socioeconomic vulnerability of the country. Extreme events , including flash flooding, ...
CIVIL DEFENCE OF ABRUZZO 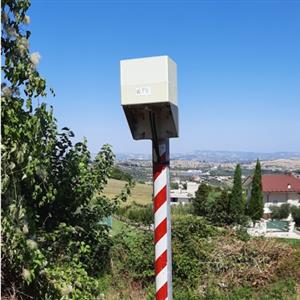 CIVIL DEFENCE OF ABRUZZO
Monitoring and early warning system for the landslide in Borrano - Civitella del Tronto (Teramo)
In February 2017, in the Municipality of Civitella del Tronto, and more precisely in the division of Borrano, has been reactivated by an  extensive landslide phenomenon  which affected large areas of the territory. Plausible causes of this phenomenon date back ...
ARPAS SARDINIA ARPAS SARDINIA
New regional climatological network in Sardinia
Sardinian Environmental Protection Agency (APAS) has launched a project to establish the “Regional Climatological Network -  1 st intervention” in order to set up the first stations of a regional network to monitor some climate changes with the greatest impacts ...
CIVIL DEFENCE of ABRUZZO CIVIL DEFENCE of ABRUZZO
Monitoring and early warning system for the landslide in Castelnuovo di Campli (Teramo)
In February 2017, a landslide occurred in the Municipality of Castelnuovo di Campli, in the province of Teramo, with caused the collapse along the stream Siccagno, with a front of approximately 80 meters. That was a sudden sinking resulting from ...
CIVIL DEFENSE OF MOLISE 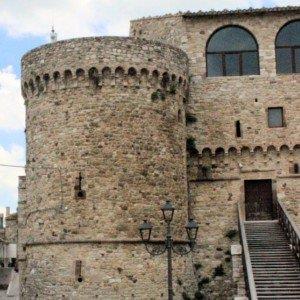 CIVIL DEFENSE OF MOLISE
A MONITORING AND EARLY WARNING SYSTEM FOR THE LANDSLIDE IN CIVITACAMPOMARANO (CAMPOBASSO)
After the huge landslide occurred in the Municipality of Civitacampomarano, an automatic monitoring and early warning system in real time has been implemented and tested, aiming at guaranteeing public safety and managing the emergency situation.
PROVINCE OF REGGIO EMILIA 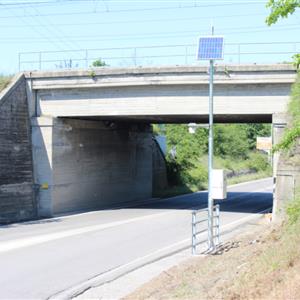 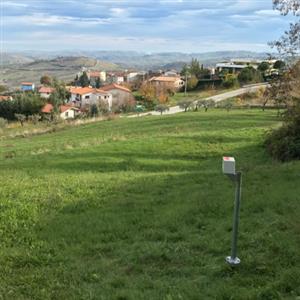 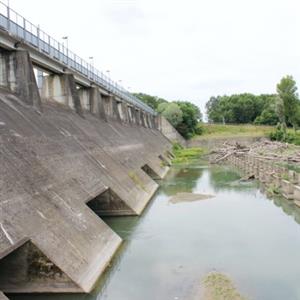 AIPO - INTERREGIONAL AGENCY FOR RIVER PO
Integration of non-structural works and measures: the monitoring system for the Panaro River detention basin
The project aims at controlling the interstitial pressures inside the river banks and the foundation soils of the work site, both during the implementation of the experimental basins aimed at works testing ex art. 14 d.p.r. n. 1363/1959, and during ...
ARPA LOMBARDIA 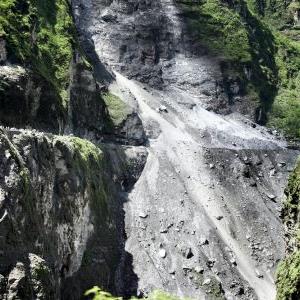 ARPA LOMBARDIA
Lombardy region: one network to monitor 36 landslides
Until recently, the situation pertaining monitoring the hydrogeological issues within Lombardy was fragmented, due to installation by local authorities of several monitoring systems to reach out the individual civil defense necessities. This situation did not ensure the efficiency of these ...
CIVIL DEFENSE OF BASILICATA 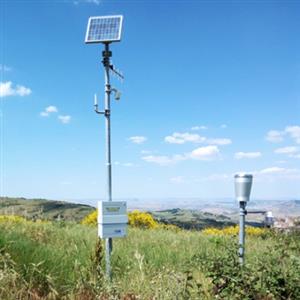 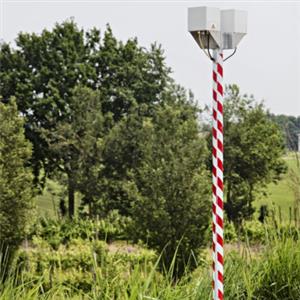 AIPO - Interregional Agency for river Po
Ponte Motta: experimental solution in operation for the embankments monitoring
The system aims to allow AIPO—following suitable processing and correlation of the data obtained—to model the behaviour of the right bank of the Secchia river (in the locality of Ponte Motta, Municipality of Cavezzo, Modena) during and after river overflows ...
CIVIL DEFENSE OF ABRUZZO CIVIL DEFENSE OF ABRUZZO
PROJECT TO SUPPLY AND INSTALL ALERT SYSTEMS TO PROTECT VEHICULAR UNDERPASSES
Recent climate changes have led to more and more frequent extreme weather events which cause significant difficulties in disposing rapidly of large quantities of water hitting the ground. Vehicular underpasses are particularly vulnerable, since water accumulation may cause dangerous situations ...
PROVINCE of BELLUNO 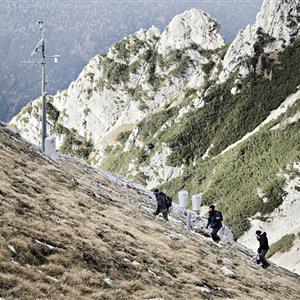 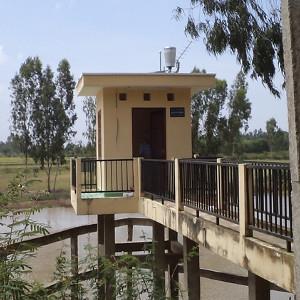 ENI S.p.A.
Meteo marine monitoring system
The weather and marine forecast monitoring systems were realized by CAE in 1991, at the request of AGIP S.p.A. They were placed in the Adriatic and Sicily seas, under the accountability of the districts of Ravenna, Ortona and Gela. The ...
CALABRIA REGION 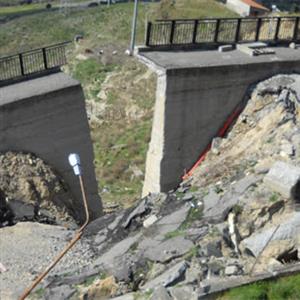 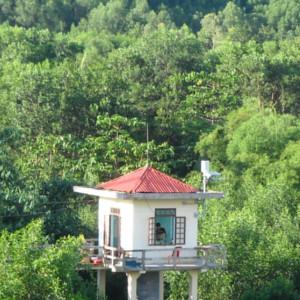 CENTRAL VIETNAM
Hydro-meteorological monitoring network central provinces
The Central Provinces of Vietnam, dislocated North and South of the coastal city of Da Nang, are periodically hit by heavy rains that, given the orography of the area, causing flash floods. To reduce the risk of inundations and optimize ...
AIPO and ARPAE Emilia Romagna 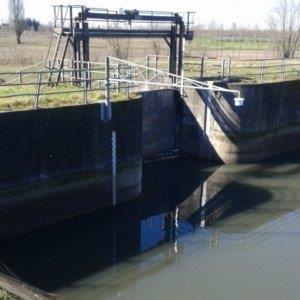 AIPO and ARPAE Emilia Romagna
Expansion and modernisation work on the monitoring and remote control network of the Mincio Basin.
In 2009, AIPO (Interregional Agency for River Po) and ARPAE (Regional Agency for Prevention, the Environment and Energy) in Emilia Romagna decided to implement a monitoring and remote control system for the Mincio Basin, to help defend the city of ...
HIDROCAPITAL VENEZUELA 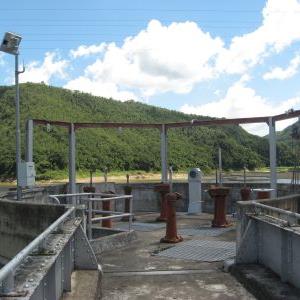 HIDROCAPITAL VENEZUELA
Integrated monitoring of three reservoirs in the proximity of Caracas
Caracas is situated in a more elevated position than the basins where its water supply comes from. This aspect, in addition to the regional complex orography and the specificity of the climate, make the sourcing and potabilization of the resource ...
ARGENTINA PROVINCE OF BUENOS AIRES 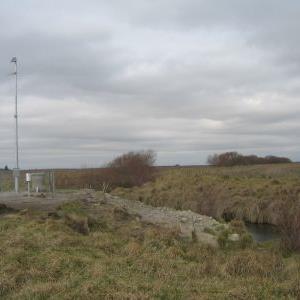 ARGENTINA PROVINCE OF BUENOS AIRES
A real-time hydrometeorological monitoring network for the province of Buenos Aires
The final beneficiary of the hydrometeorological monitoring network installed by CAE is the Institute for Flat Lands Hydrology (Instituto de Hidrologia de llanura – HILLA), declared by UNESCO in 2003 the “reference Centre for Flat Lands Hydrology in Latin America ...
EV-K2-CNR ASSOCIATION EV-K2-CNR ASSOCIATION
A CAE weather and climate station at the K2 base camp
To celebrate the 60th anniversary of the first climb on K2, CAE, as technological sponsor, supported the EvK2CNR association by providing a weather station to be installed on the last base camp before the summit. This station, installed at approx. ...
CAE USES COOKIES TO OPTIMIZE THE DESIGN OF THIS WEBSITE AND MAKE CONTINUOUS IMPROVEMENTS. BY CONTINUING TO VISIT THE WEBSITE, YOU CONSENT TO THE USE OF COOKIES. FURTHER DETAILS CAN BE FOUND IN THE COOKIE POLICY
Close