Safety measure for the provincial underpass of Lot 1 - implementation of a monitoring and early warning system for the vehicle underpass in via Contea (on the Provincial Road S.P. 51), in the Municipality of Rubiera

The underpass in via Contea (on the Provincial Road S.P.  51), in the Municipality of Rubiera, has shown some water run-off problems during highly intense raining events which are every day more frequent because of climate change; the evidence of this is the bad weather that, on February 2016, caused several damages all over the province of Reggio Emilia. For this reason, with a view to ongoing improvement in the road network, the Administration decided that the underpass in question should be fitted with a monitoring and early warning system, to ensure the safety of all road users by activating several traffic lights in real time near the entrances of the subway which can potentially be flooded.

The system, which was promptly delivered and installed by CAE in the spring of 2016, has been developed to prevent false alarms and/or malfunctions, by deploying three different sensors (two capacitive switch-on/off sensors and one piezometric sensor). These sensors combine to work on a “majority” basis, activating a local alert, managed as follows:

The scenario changes can also be implemented manually, in real time, by a qualified staff, in case that they consider it necessary.

This system is therefore efficient even in case of electric black-out, as it is not supplied with a 220V supply, but with a solar cell and a battery and it includes:

- 1 high-definition camera with its stand;

The versatility and the power of the Mhaster datalogger allow the station to interface with hydraulic operating devices (electric submersible pumps, level sensors, etc.), as well as to handle the scenario changes, by differentiating pre-alert from alert activation logics. The datalogger is actually equipped with an interface to set the alarms on every single measurement or on a combination of them. 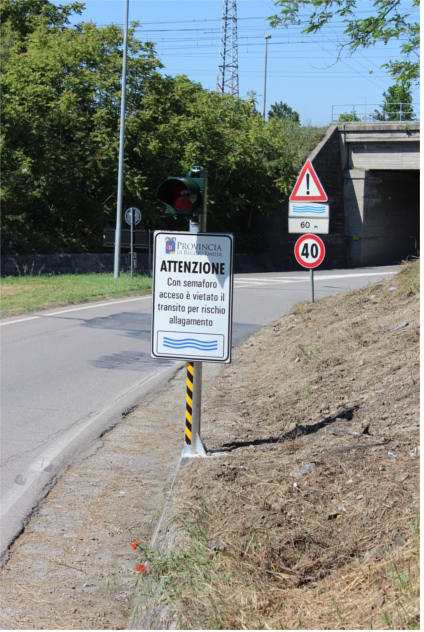 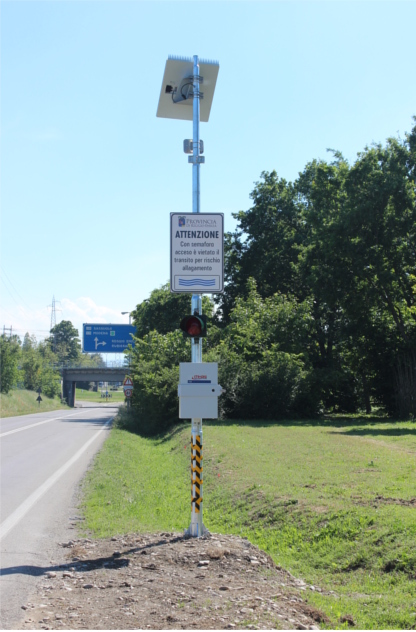 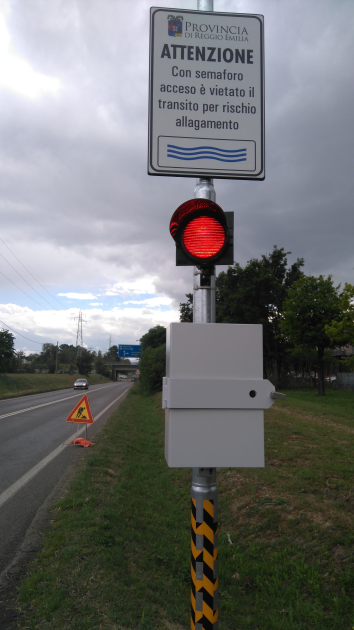