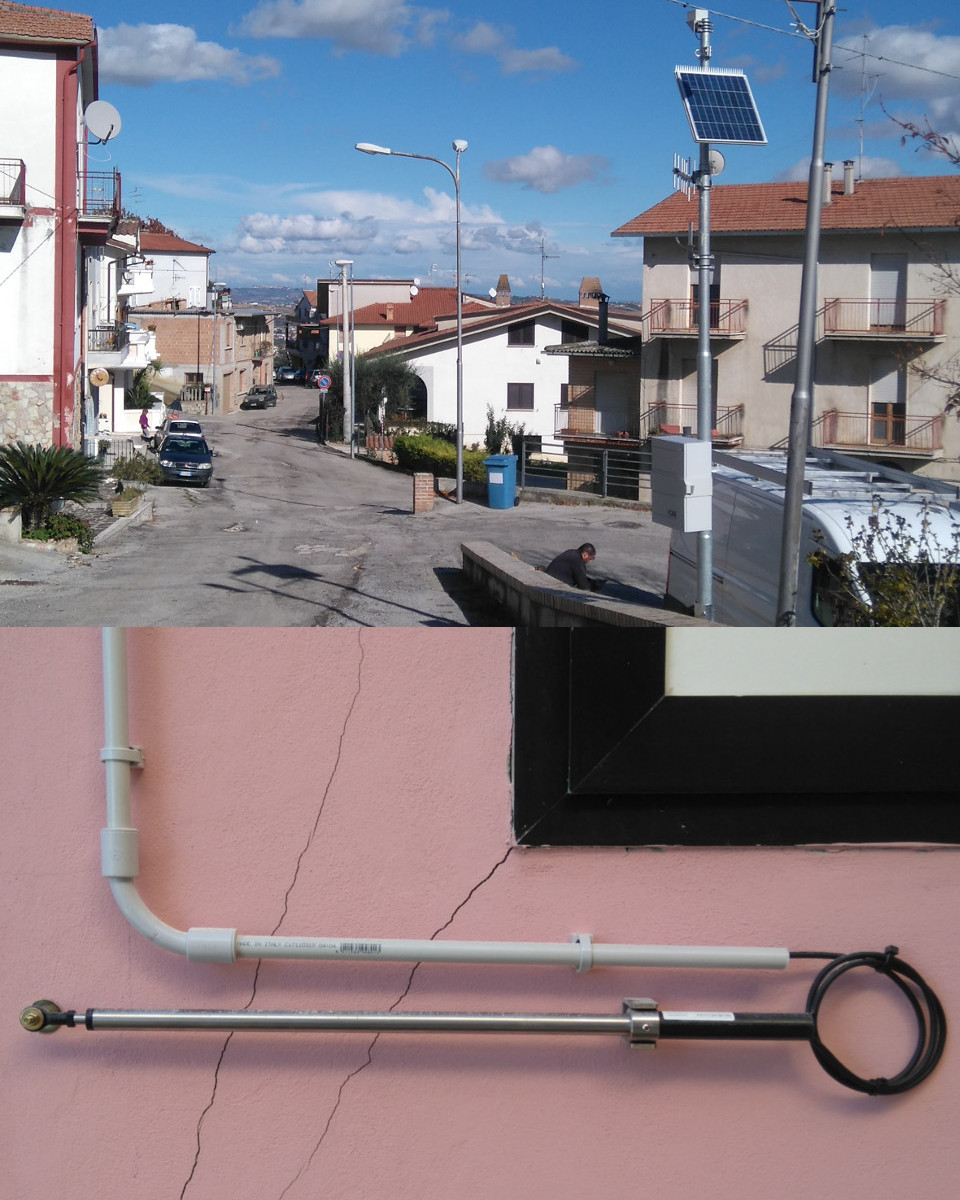 In February 2017, in the Municipality of Civitella del Tronto, and more precisely in the division of Borrano, has been reactivated by an extensive landslide phenomenon which affected large areas of the territory.

Plausible causes of this phenomenon date back to a series of hydrogeological instabilities related to geotechnical and lithological characteristics of the outcropping formations, as well as to geological-structural evolution of this area and to an unorthodox rainwater regulation. This phenomenon has worsened after the last earthquake and it is still evolving at a very high speed of about 40-50 mm/year.

This scenario involves a serious risk for public safety: emergency situations could result from the likely possibility that future rainfall events may jeopardize and further deteriorate the situation. After an in-depth study of the phenomenon, the Regional Civil Protection has ordered the implementation of a monitoring and early warning system dedicated to this kind of instability. This was possible thanks to the funds dedicated to the "earthquake crater". (Decreto Legge n. 189 del 18/10/2016 e Ordinanza Capo Protezione Civile n. 388 del 26/8/2016).

After performing a feasibility study, CAE provided the Abruzzo Region with a full-scale and modern "turnkey" monitoring and early warning system that can be upgraded and modified at any time in a simple and fast way, without interfering with the functioning of the "Mesh" network, in order to adapt it to any possible future necessities that may occur during the monitoring of the phenomenon.

The system uses self-configuring wireless networks thanks to the WSN technology (Wireless Sensor Network). Thanks to the use of solar panels and buffer batteries, each element of the system is self-functioning from an energetic point of view.

This system allows us to associate the evolution of the instability with the rainfalls on site; at this purpose, we can distinguish three phases:

The system will guarantee maximum reliability both in terms of data availability, allowing us to intervene in extremely rapid times in case of anomalies, and in real-time warning: when the conditions of the system change and the pluviometric and geotechnical alert thresholds are exceeded, the system communicate via vocal messages, SMS or e-mails, with the competent Authorities.

More in detail, the system composition. In order to monitor the micro-movements deeply in the soil, we use chain inclinometers located in holes at a depth up to 80 m. Moreover, holes with piezometric sensors are created and equipped the measure of the water level in the soil, as a forerunner for the reactivation of the instability.

As for surface movements, we use surface clinometers and crack width gauges. The clinometers were used to measure the inclination variations of the structures where they are fixed, in order to monitor the above-mentioned variations both on a single axis and on two planes perpendicular to the surface where they are fixed. The crack width gauges were used to measure the displacement between two points when the movement occurs in a prevailing direction, as well as to control small movements. Both sensors are used to evaluate the good conditions of the monitored structures.

While monitoring soil movements, the system is equipped with a Mhaster station that uses the meteorological data already available in the Municipality of Civitella del Tronto, thanks to the recent installation of the monitoring system located in Ponzano, a few kilometres away.

The real time early warning features described above are possible thanks to the automatic diagnostic functionalities of the system, as well as to its duplex communication system (a GPRS/UMTS modem and a UHF band radio device connected to the remote measuring radio network of the regional monitoring service); this system sends the collected data both to the Municipal Operative Centre and the Functional Centre of the Civil Protection System. In such situations, the availability of the collected data is essential. In addition to traditional hardware and software devices, CAE provides the competent Authorities with a valid decision support, thanks to a data visualisation service that uses a WEB platform which is 24h mobile-accessible from an internet browser. 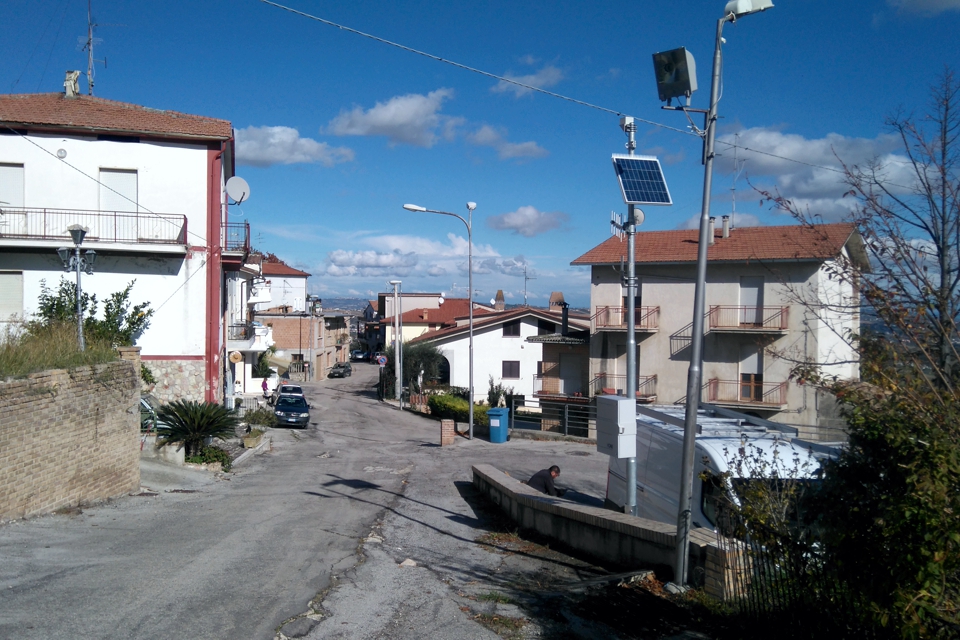 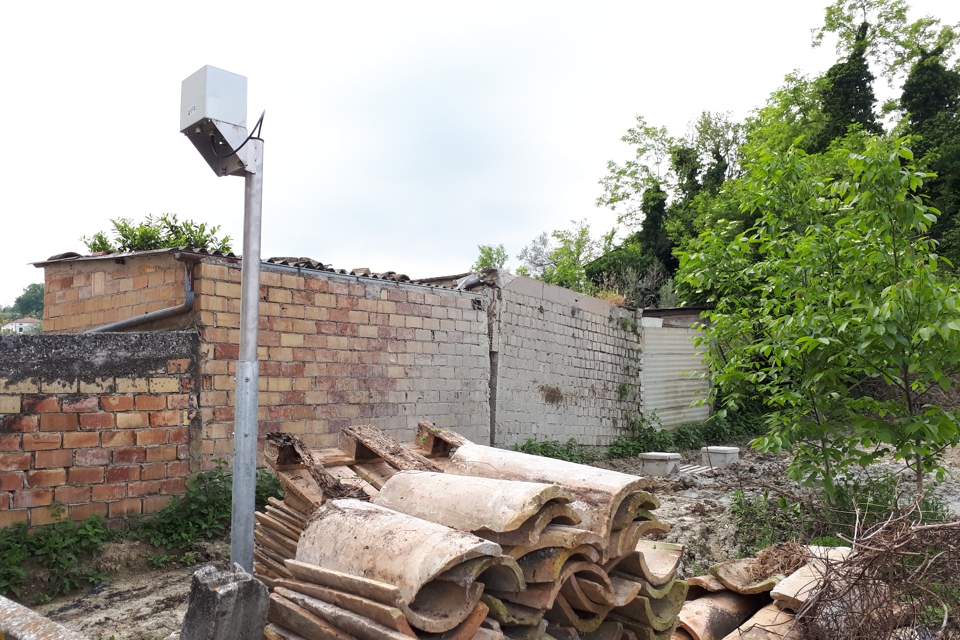 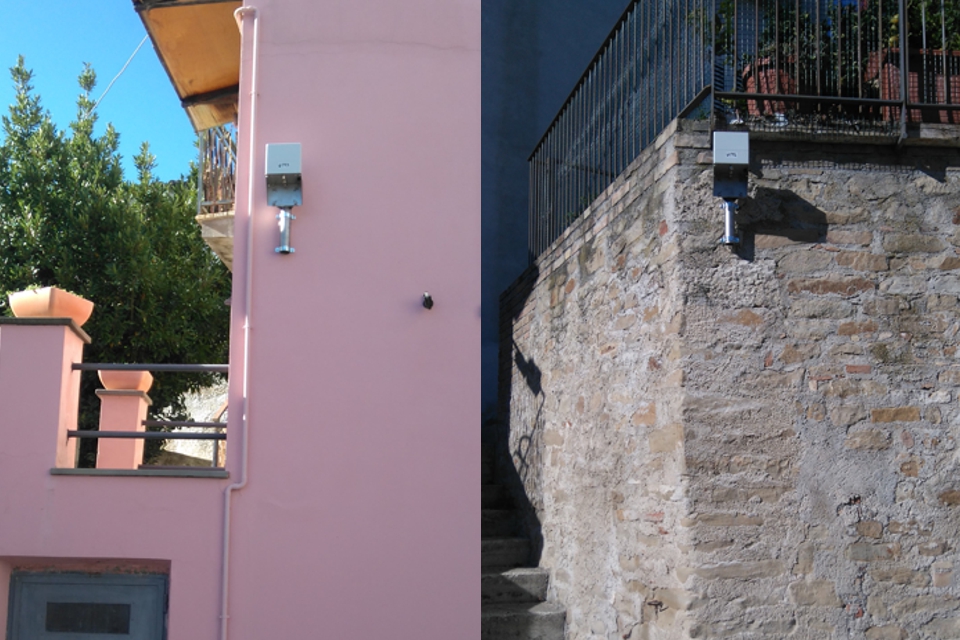 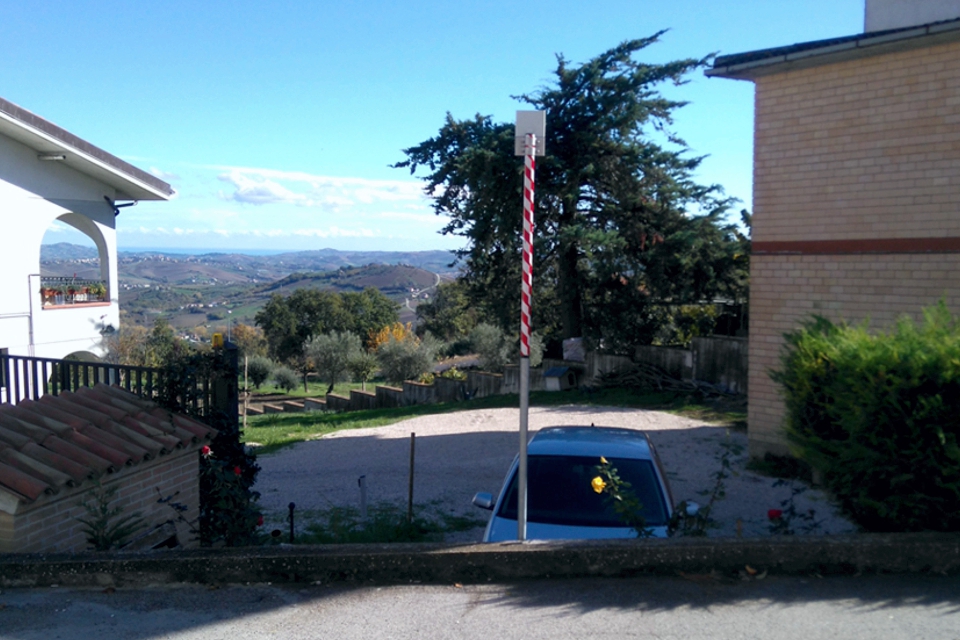 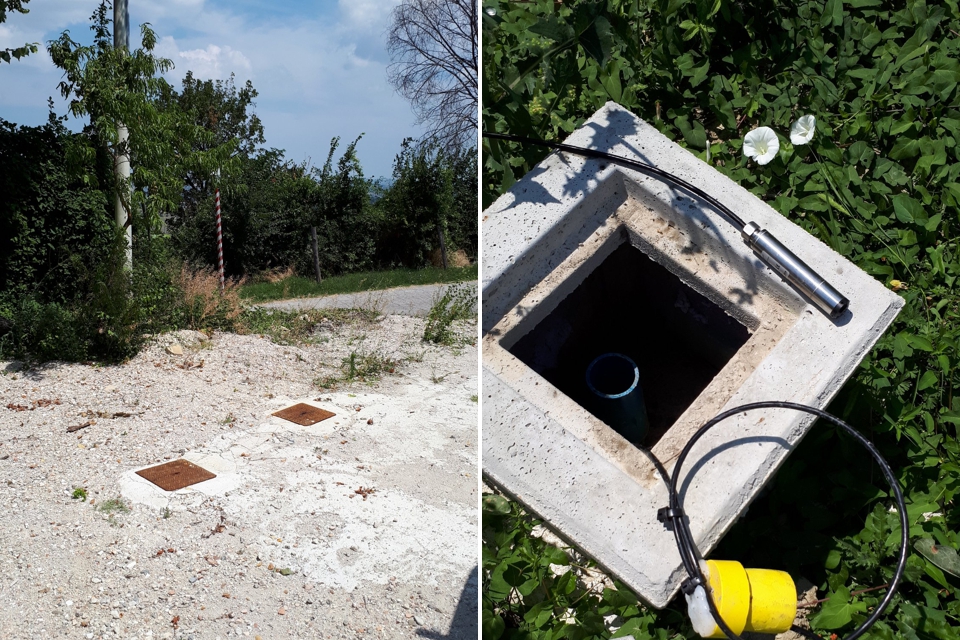 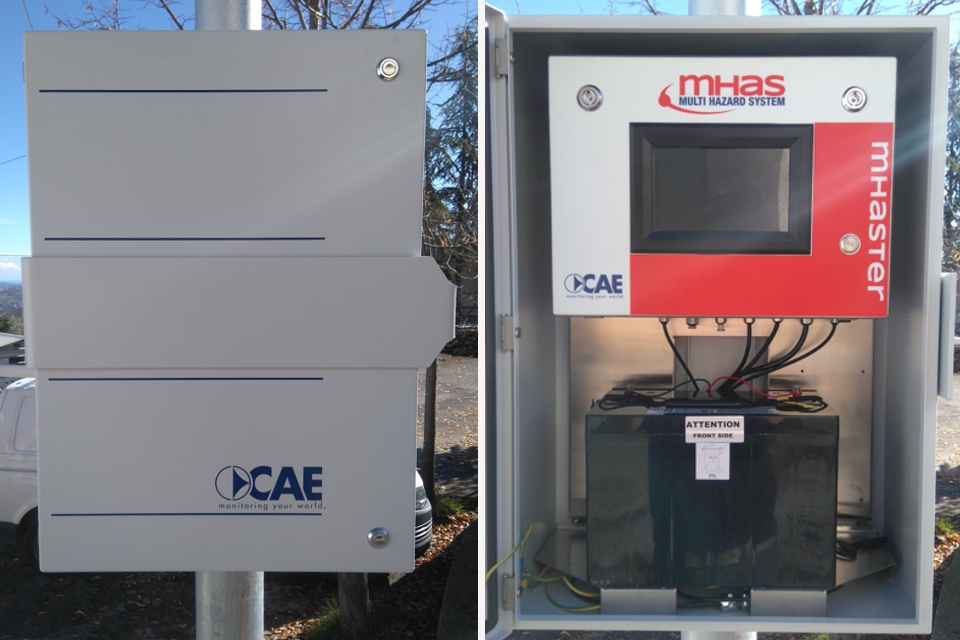 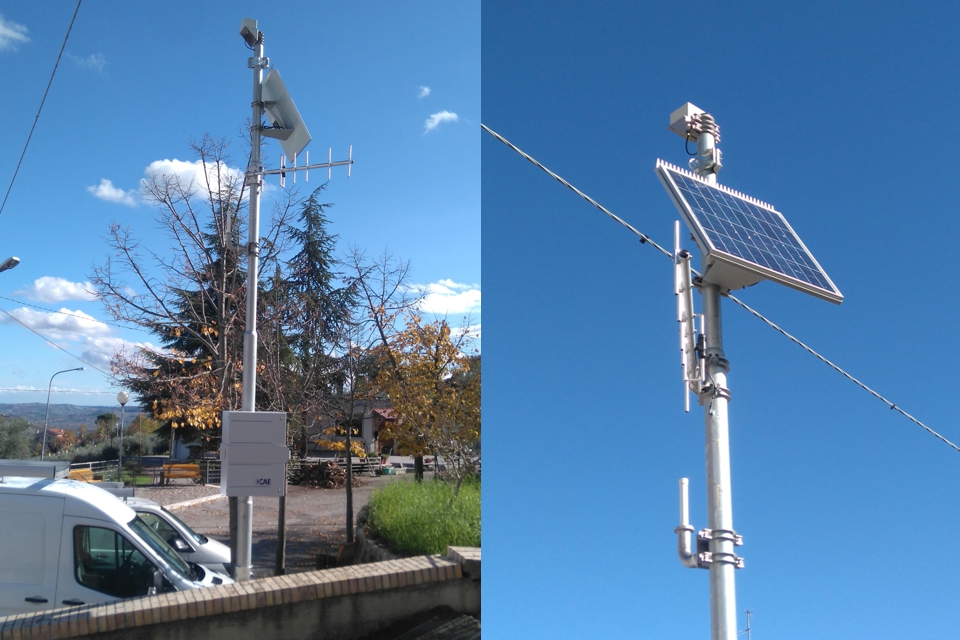