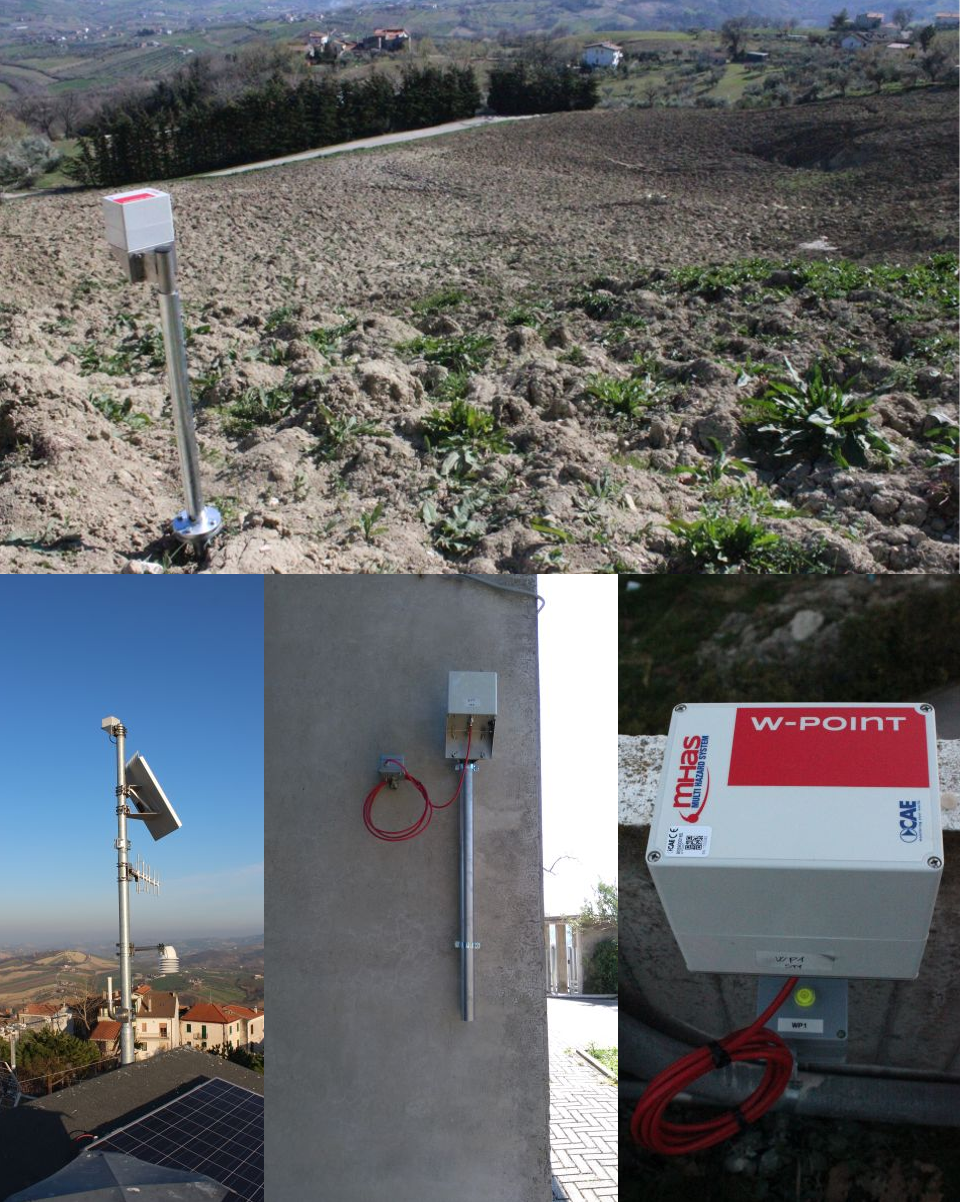 On February 12, 2017, an extensive landslide occurred in the hamlet of Ponzano (Civitella del Tronto). The instability resulted from the effects on the ground of combined actions caused by the earthquake activities of the previous months and by the extraordinary snowfalls occurred in the area during last winter.

The implemented monitoring system mainly aims at evaluating in time the need to evacuate further areas or, on the contrary, the possibility to let the evacuated population safely come back to their houses.

The system was installed within a few days after the landslide occurred. The landslide activity is still developing, making it impossible to intervene with structural works or with an in-depth monitoring, as the equipment would turn unusable in a few days. In this phase the system is monitoring 24h/day the status of the buildings located near the landslide area, as well as the rainfalls, as rain is actually the main priming phenomenon for landslides.

Once again, also for this project, we used the well consolidated Wireless Sensor Network technology (WSN), in order to create Mesh networks and reduce the use of cables in the landslide area. The sensor networks aim at collecting data that will be transmitted to the Functional Centre of the Regional Civil Protection Department and to the Municipal Operative Centre, through a redundancy radio and GPRS system.

A Mhaster station is operating in the “northern area” of the site, equipped with a PMB20 rain gauge, a TS air thermometer, five clinometers for the structural monitoring of buildings located in the area, and three high-performance inclinometers installed on poles fixed in the ground.

A Mhaster station is operating in the “southern area” of the site, equipped with a THS thermo-hygrometer, two clinometers for the structural monitoring of buildings located along the top of the landslide, and four high-performance inclinometers installed on the poles fixed in the ground.

All the apparatus installed are self-powered and the two stations transmit data with a redundant radio architecture and GPRS, to Functional Centre of the Regional Civil Protection Department and to Municipal Operative Centre. 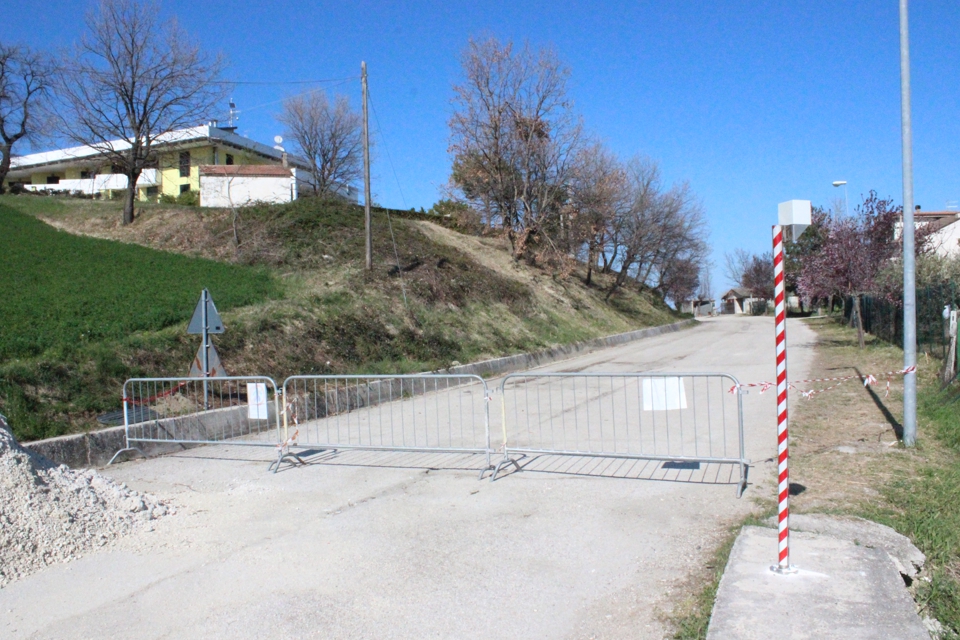 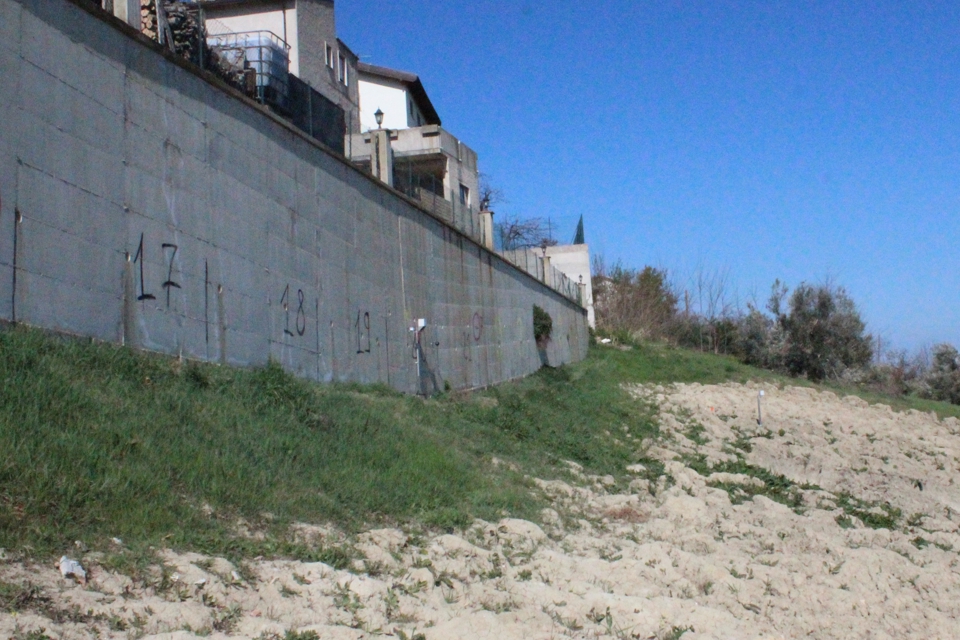 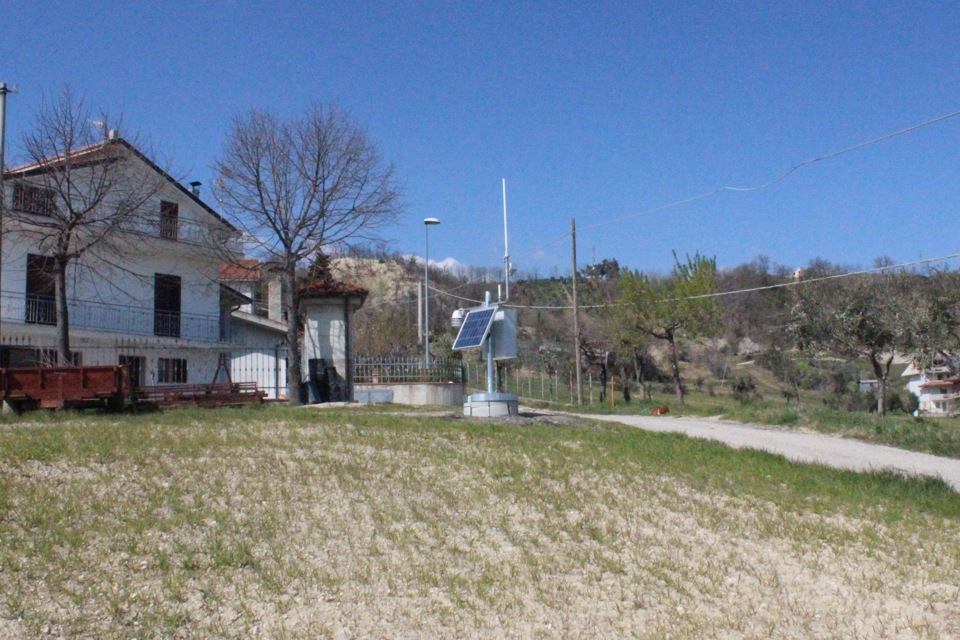 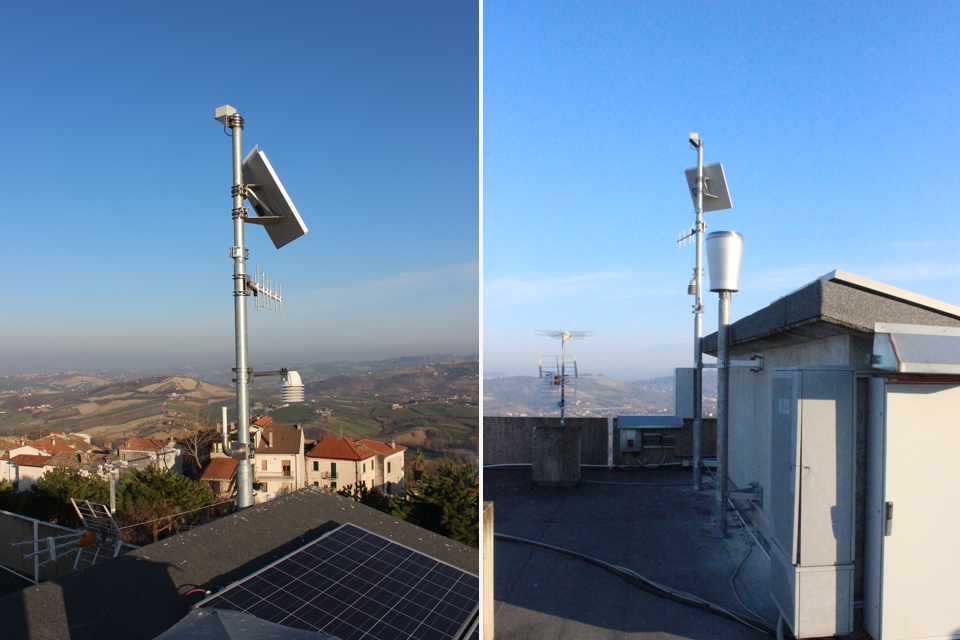 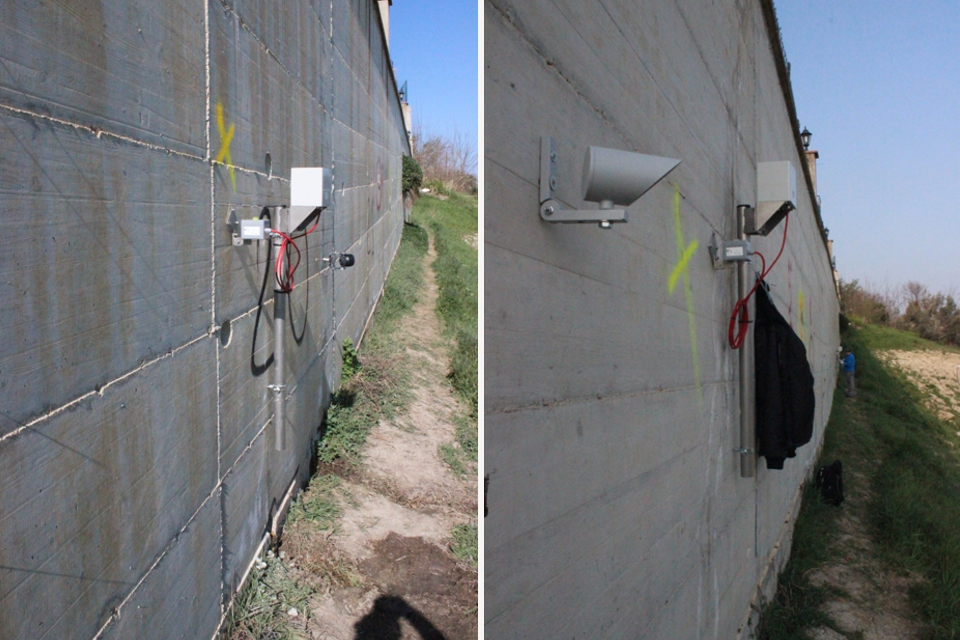 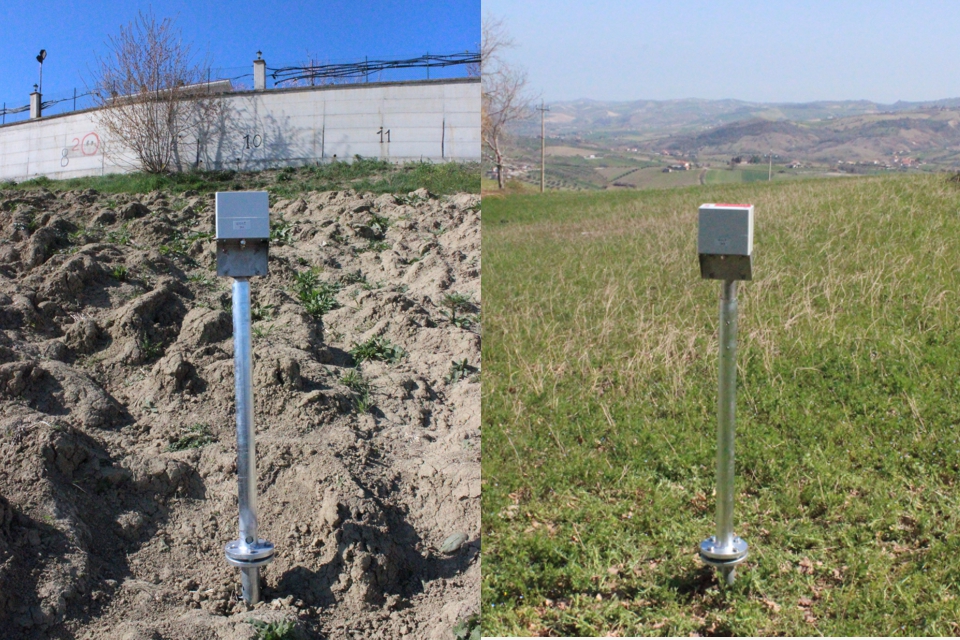 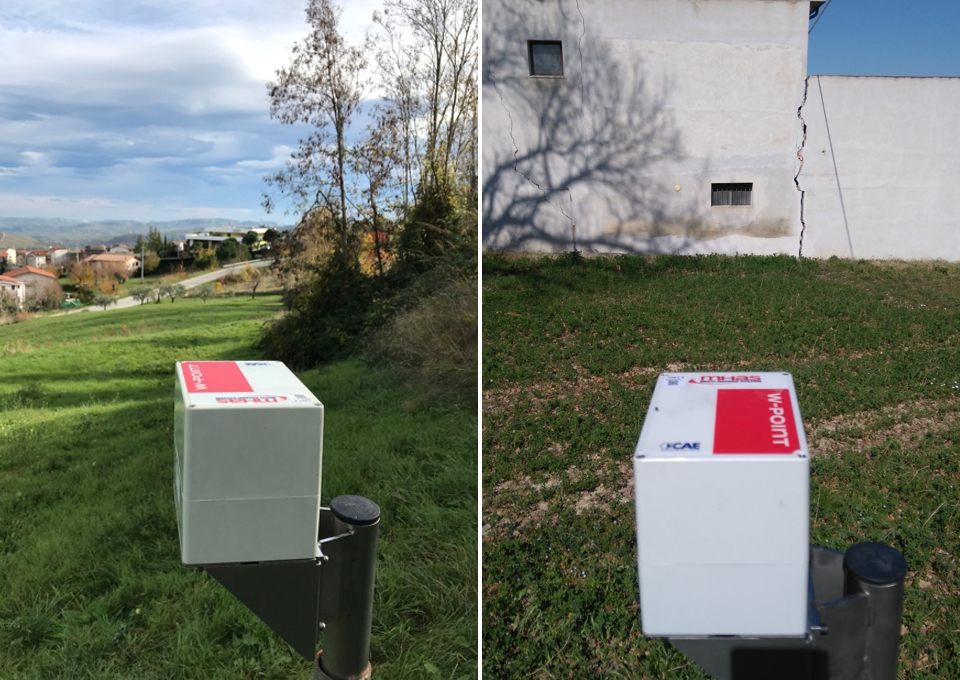 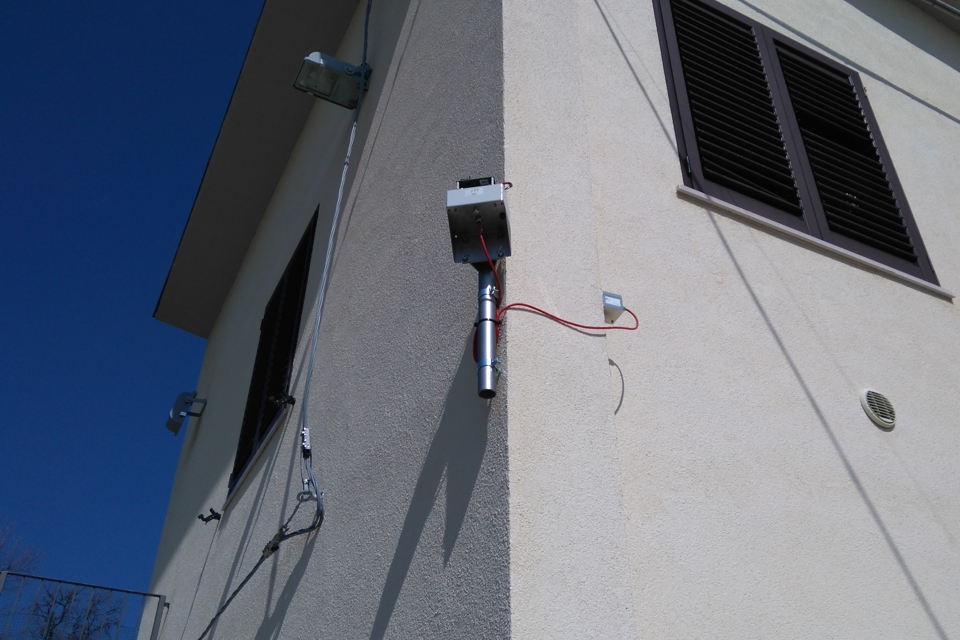