Region of Emilia-Romagna: the monitoring network reduces by half the cycle time for the acquisition of hydropluviometric data 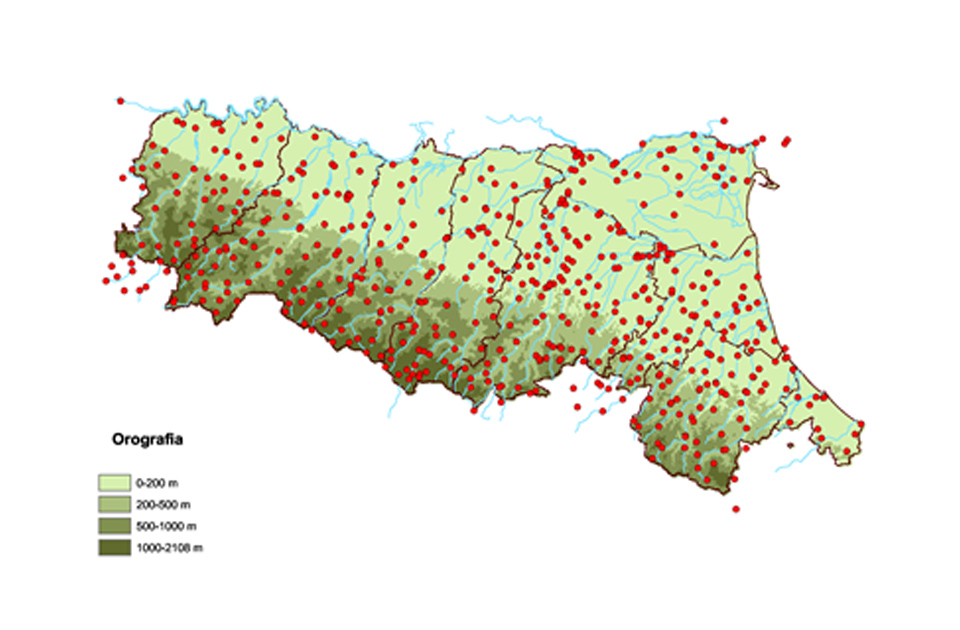 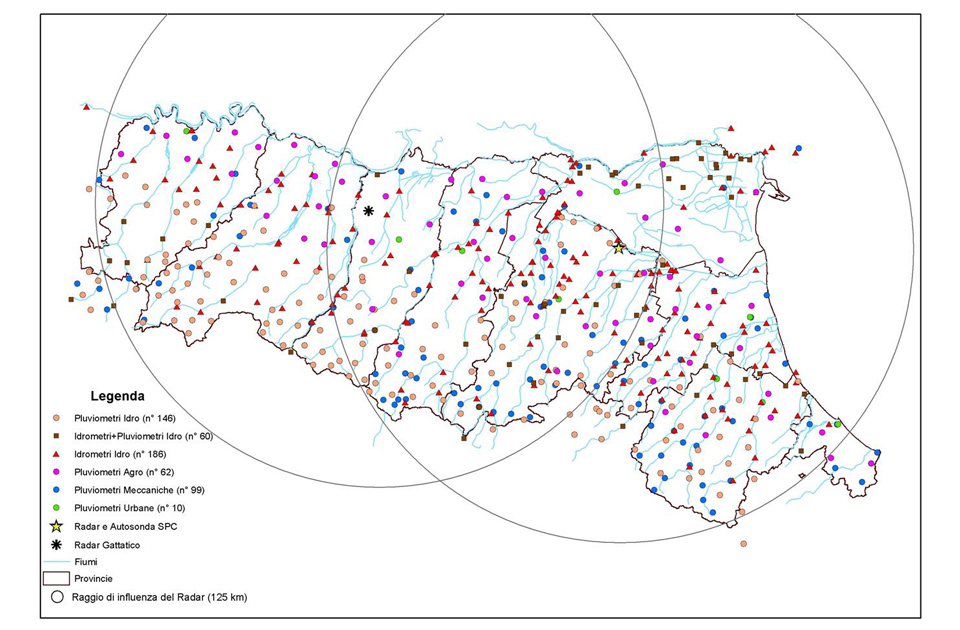 The increase of intense and quick hydro-meteorological phenomena that more and more often affect our territory has led ARPAE to collect more frequent monitoring data in order to guarantee a more effective and timely control. For this reason, we decided to adapt the real-time hydro-meteorological and climate monitoring networks connected to the RIRER network of the Region of Emilia Romagna for Civil Protection purposes, which are managed by the "Servizio Idro-Meteo-Clima" of ARPAE.

Considering that the Region acknoledges the reliability of radio communications in case of emergency, the project involves a series of interventions necessary to reduce the current cycle time of all the radio-connected stations of the involved networks, from 30 minutes to a maximum of 15 minutes.

The network will consist of both existing and new equipment; you can find an in-depth analysis of some of the equipment in the following paragraphs.

The project involves the adaptation of the existing monitoring network by replacing all the repeaters, repeating stations and already existing radio panels based on a 2400 b/s radio module with the new RCS model of CAE, which is able to increase the transportation speed of the signal repetition up to 9600 b/s, and preserve at the same time all the features offered by the existing repeaters and radio panels.

In order to guarantee the "open" feature required by the Public Administration, CAE will use radios with royalty-free communication protocols; moreover, these protocols will be fully documented, both on the physical access (serial, Ethernet, ...) and the aerial part. As far as the part of the system that uses the TETRA radio network, CAE will perform the reconfiguration of the devices, if necessary, in order to reduce the cycle time from the current 30 minutes to 15 minutes, and to transfer the network management functions to the Arpae control centre in Bologna.

The oldest stations will be updated to the Mhas technology, thanks to the Open Log dataloggers, based on Linux open source operating system and designed in order to ensure the highest level of system openness, with the ability to manage applications in different risk contexts (multi-hazard), in addition to a high level of reliability.

The new DATALIFE management program will be installed and configured at the ARPAE control centre in Bologna, complete with a new Unified Data Base UDB (SQL type) which will allow to unify the storage of all data and system metadata. This will allow the automatic synchronization of various information (surveys, personal data, alarms, ...) between central units, as well as the configuration of user programs with credentials of customized access profiles. Moreover, the regional secondary control centres will be upgraded to all the new features available. For all the existing control centres in the network, data exchange procedures currently in use will be guaranteed.


Back to the index