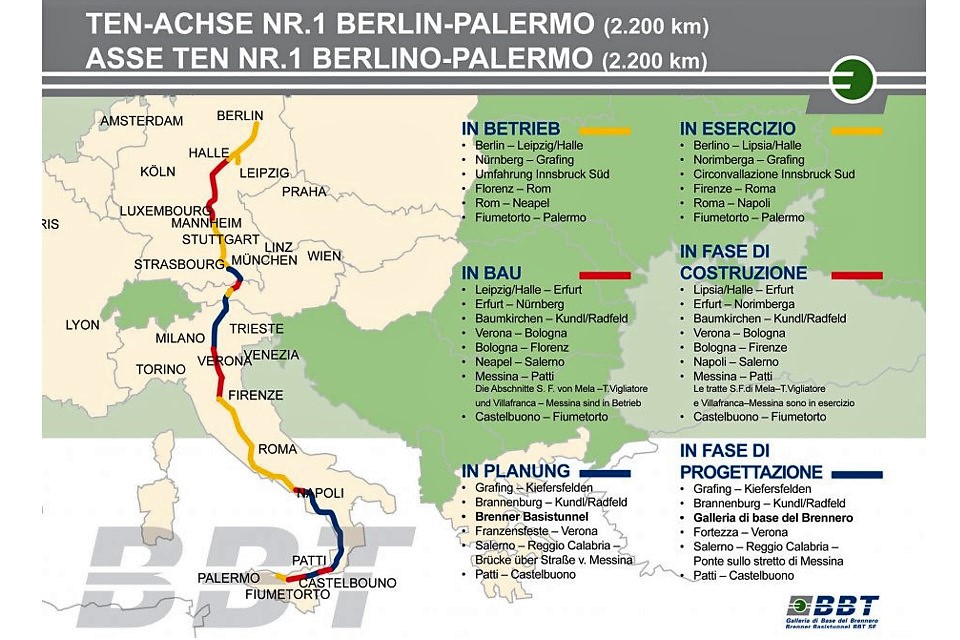 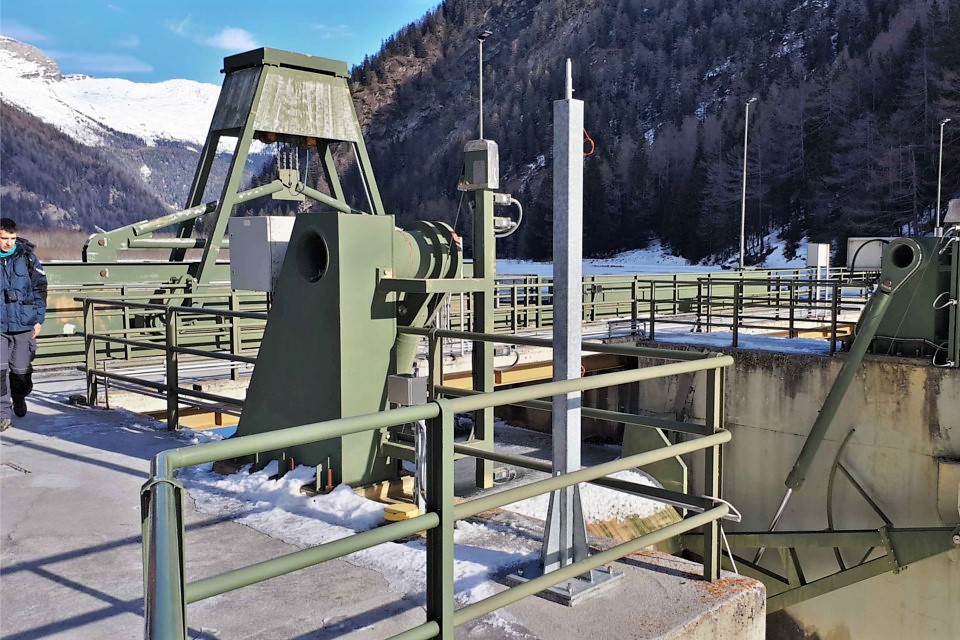 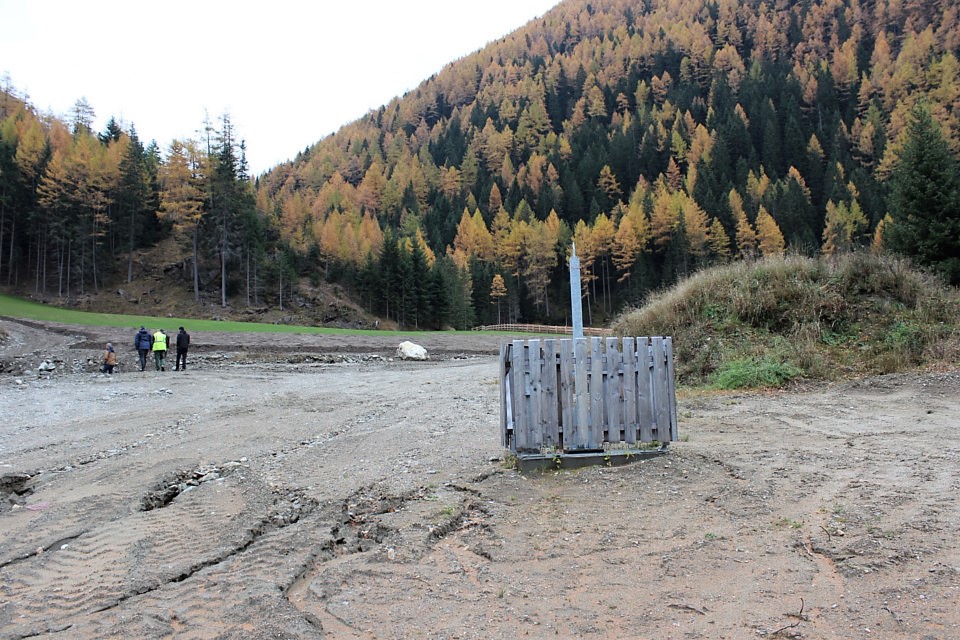 Starting from the end of the 70s, studies and investigations related to the Brenner Base Tunnel were started, up to defining the current project configuration, carried out on behalf of the European Union and the Republics of Italy and Austria.

The Brenner Base Tunnel is slightly longer than 55km and forms the central part of the Munich - Verona railway line. This section is included in the North-South railway connection called TEN - Axis n. 1 Berlin - Verona / Milan-Bologna-Naples-Messina-Palermo, envisaged by decision no. 884/2004/EC of the European Parliament and of the Council of April, 29th, 2004. A future-oriented railway was created with the Brenner Base Tunnel, which crosses the Alps at the base of the mountains and consists of a system of tunnels that develops for a total length of 230km. The enhancement of the overall axis is taking place in stages: some parts of this axis have already been built and are already in operation, while others are under construction and others are still being designed at different levels of detail. As for the Brenner Base Tunnel, 50% of the excavations were completed in November 2019: 115km of the 230km planned (news BBT SE).

Generally, geodetic monitoring aims at monitoring tectonic deformations, movements and ground deformations. In this specific case, GNSS (Global Navigation Satellite System) receivers will be used, whose data, when properly processed, allow to determine the 3D distance (in space) between the different measurement points provided with reference to a local target considered stable. The Val di Vizze system was designed to detect any subsidence phenomena linked to the progress of the tunnel below the valley and provides for the installation of 5 GNSS receivers and 2 TPS robotic total stations.

The GNSS stations will be configured in order to guarantee permanent operation and continuous acquisition with real-time transmission via GPRS network to the data processing centre.

The operation of the permanent GNSS monitoring network involves calculating the baselines between the Avenes local reference and the remaining GNSS stations. Each station will determine his own position with reference to the satellite constellation and will send its location data to the monitoring centre via GPRS network where the data will be processed, together with the data coming from the two TPS robotic total stations.

The two TPS robotic total stations will be configured in order to guarantee permanent operation, which involves aiming 70 measuring points (prisms) on an hourly basis. For each point, the results of a daily campaign in will be automatically provided to the system. For each prism will be provided a value calculated as the median value of the 24 measurements acquired once per hour.

Back to the news index