The municipality of Ottone invests in prevention: green light to the new early warning system 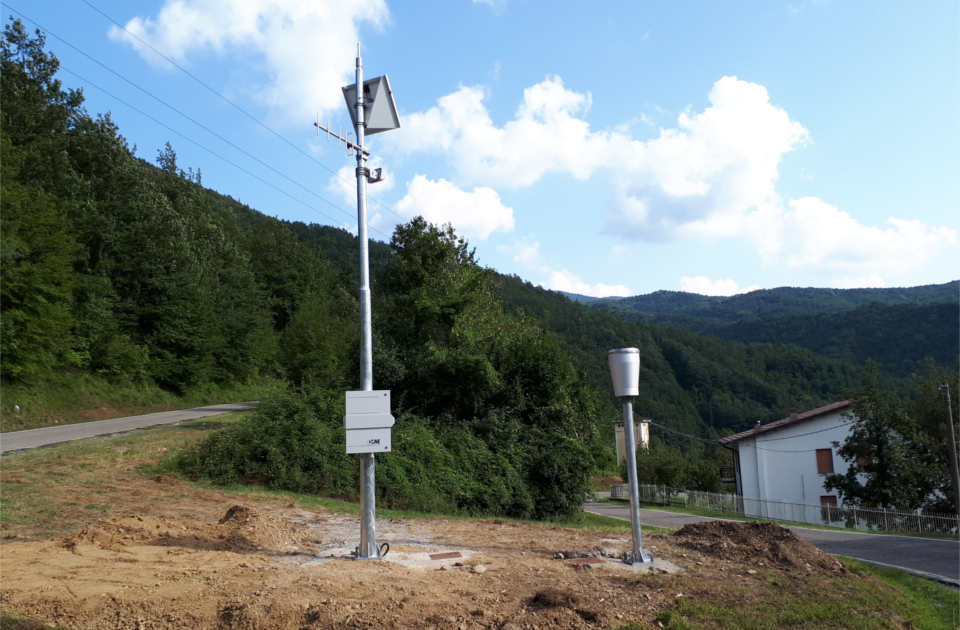 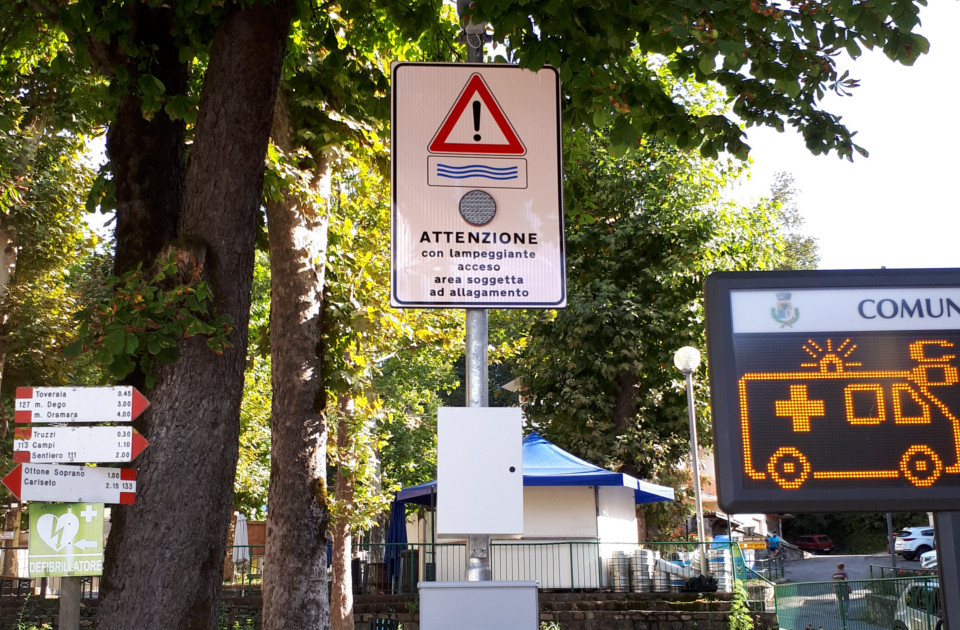 In 2017, following the damage caused by the flood of 2015, various preventive measures were carried out in the Municipality of Ottone in the hydrogeological field. Mr. Beccia, Mayor of Ottone, declared himself satisfied with the results obtained thanks to the collaboration between different bodies, and publicly thanked Councilor Gazzolo and the Consortium for the Land Reclamation of Piacenza.

In 2018, the Municipality has reconfirmed its attention towards the topic of "Prevention" by investing in the installation of a monitoring and early warning system.

CAE was responsible for the supply, installation, testing and activation of this system. In the area which presents the greater propensity to hydrogeological instability, a pluviometric station with a Mhaster datalogger has been installed; when predefined critical thresholds are exceeded, the station activates wireless warning devices in order to signal the risk of instability on a local basis. Particularly, these are acoustic and visual alarm devices, located near the town square and along the main roads that connect it to the area which presents the greater risk.

Every time a configurable condition occurs, the pluviometric station, which is equipped with a GPRS communication module, allows us to send an alarm and early warning SMS to the operators of the Municipal Administration. Moreover, the GPRS module allows remote viewing of data by accessing the unit via the Internet using any standard web browser or, in addition to that, via the DroidMhas App for Android systems, a mobile application supplied by CAE.

According to CAE standards, the station is completely autonomous from an energetic point of view, thanks to the use of solar cells and a buffer battery, which allow it to operate for over a month, even in case of total absence of insolation.

This is not just an isolated system: the station is part of the regional monitoring network run by Arpae, which is part of the Civil Protection trustee network. Therefore, the pluviometric data collected by the station are acquired via UHF radio from the control centre of the regional network of Arpae Emilia Romagna located in Parma, as well as from the Regional Functional Centre.

This is another virtuous example of collaboration between different bodies.