Interventions in the "earthquake crater" in Central Italy: monitoring and early warning system for the landslide in Borrano di Civitella del Tronto (Teramo) 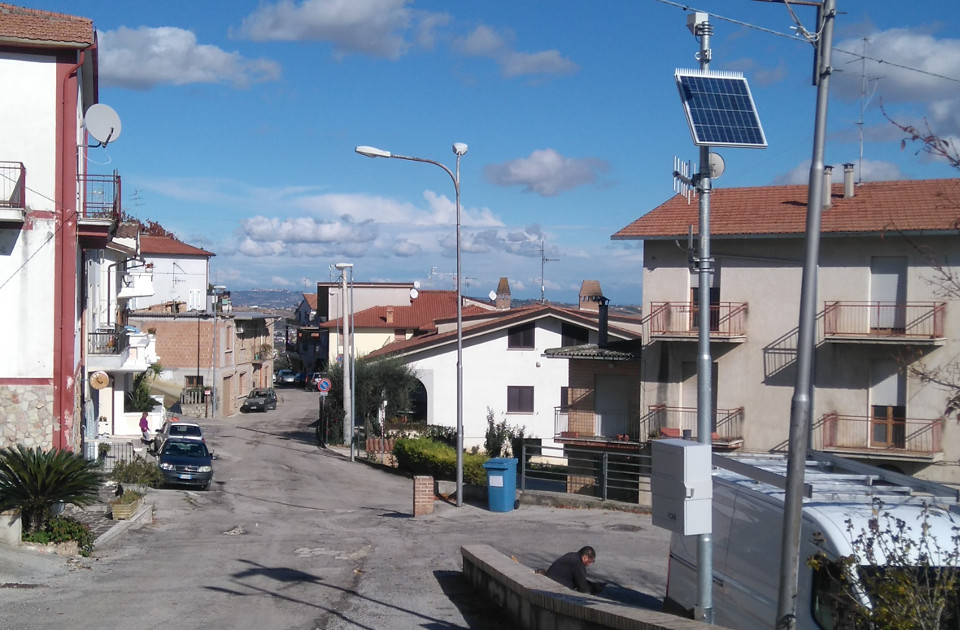 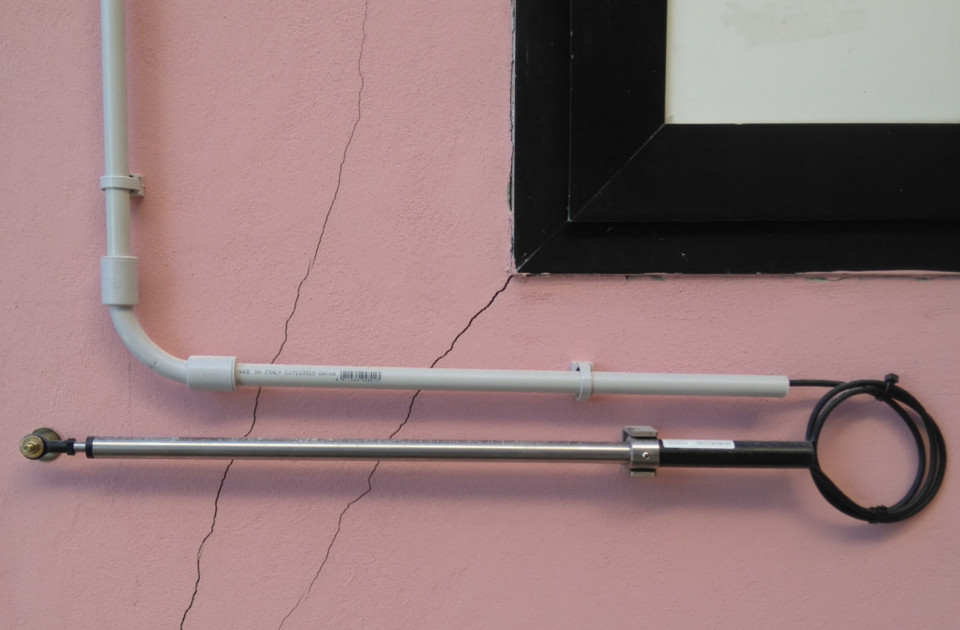 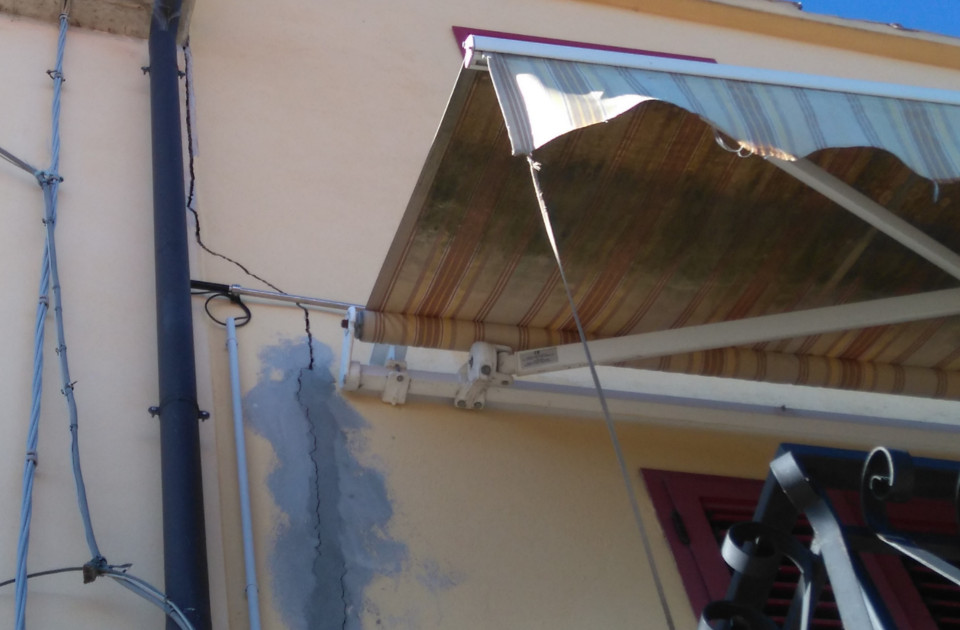 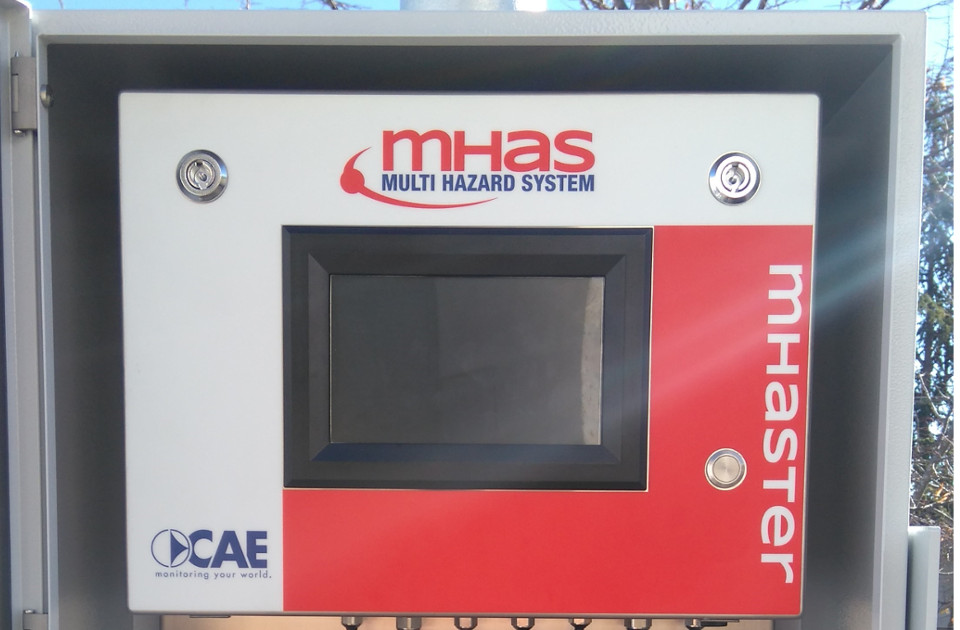 In February 2017, in the Municipality of Civitella del Tronto, and more precisely in the division of Borrano, an extensive landslide phenomenon affecting large areas of the territory reactivated.

The plausible causes of this phenomenon date back to a series of hydrogeological instabilities related to the geotechnical and lithological characteristics of the outcropping formations, as well as to the geological-structural evolution of this area and to an unorthodox rainwater regulation. This phenomenon has worsened after the last earthquake and it is still evolving at a very high speed of about 40-50 mm/year.

This scenario involves a serious risk for public safety, because of the emergency situations that could result from the likely possibility that future rainfall events may jeopardize and further deteriorate the situation; therefore, after an in-depth study of the phenomenon, the Regional Civil Protection has ordered the implementation of a monitoring and early warning system dedicated to this kind of instability. This was possible thanks to the funds dedicated to the "earthquake crater" that are currently allocated by the Special Commissioner Paola De Micheli, MP.

After performing a feasibility study, CAE provided the Region of Abruzzo with a full-scale and modern "turnkey" monitoring and early wanring system that can be upgraded and modified at any time in a simple and fast way, without interfering with the functioning of the "Mesh" network, in order to adapt it to any possible future needs that may occur during the monitoring of the phenomenon.

The system uses self-configuring wireless networks thanks to the WSN technology (Wireless Sensor Network); each element of the system is self-functioning from an energetic point of view, thanks to the use of solar panels and buffer batteries.

More in detail, as far as the composition of the system, in order to monitor the micro-movements occurring deeply in the soil, we used chain inclinometers located in holes at a depth up to 80 m. Moreover, holes with piezometric sensors have been created and equipped for the measurement of the water level in the soil, which could be a forerunner for the reactivation of the instability.

As far as surface movements, we used surface clinometers and crack width gauges. The clinometers were used to measure the inclination variations of the structures where they are fixed, in order to monitor the above-mentioned variations both on a single axis and on two planes perpendicular to the surface where they are fixed. The crack width gauges were used to measure the displacement between two points when the movement occurs in a prevailing direction, as well as to control small movements. Both sensors are used to evaluate the good conditions of the monitored structures.

While monitoring soil movements, the system is also equipped with a Mhaster station that uses the meteorological data already available in the Municipality of Civitella del Tronto, thanks to the recent installation of the monitoring system located in Ponzano, a few kilometres away. This system allows us to associate the evolution of the instability to the rainfalls on the spot; at this purpose, we can distinguish among 3 phases:

• normality: no intense rainfalls or landslide movements have been detected;

• pre-alarm: rainfalls exceed a determined threshold of intensity, therefore the number of safety measures increases and the headquarters can send a warning notification;

• alarm: the movements of the geological sensors (significant inclinations) involve the need to send alert notifications via vocal synthesis message, SMS and FAX.

The system will guarantee the maximum reliability both in terms of data availability, allowing us to intervene in extremely rapid times in case of anomalies, and in terms of alert in real time; this means that, when the conditions of the system change and the pluviometric and geotechnical alert thresholds are exceeded, the system must communicate via vocal messages, SMS or e-mails, with the competent Authorities.

Back to the newsletter index