Innovative monitoring of river banks: the operational testing with AIPO 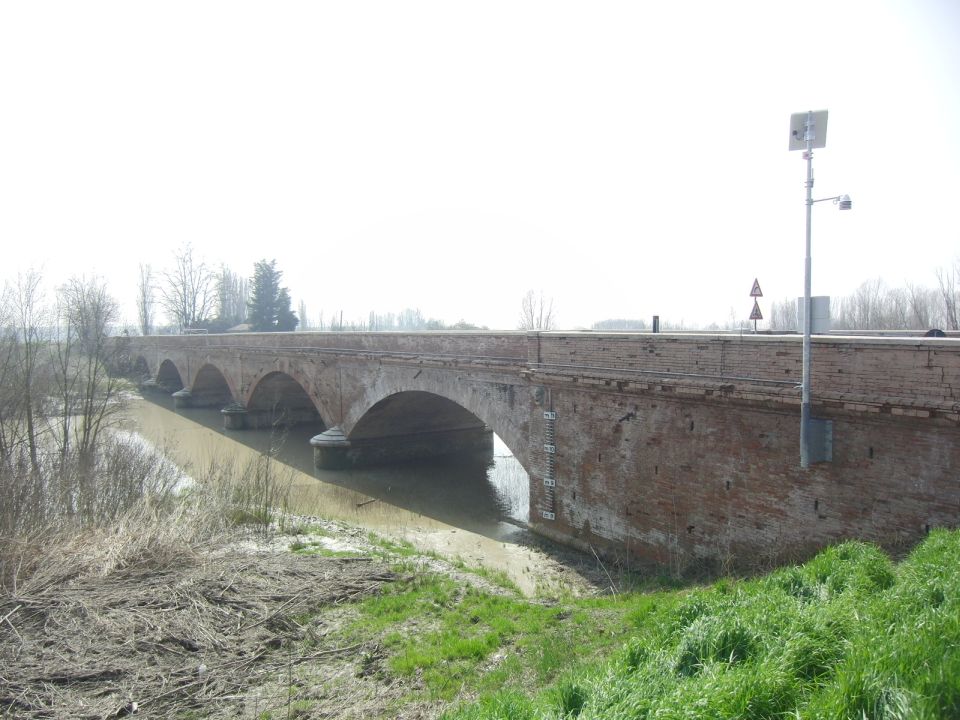 Safety, first of all, for the protection of citizens, for the territory, for the environment. But in a country as ‘fragile’ as Italy, where taking care of emergencies usually comes before the necessary prevention, we need a change of pace (and a cultural change), because prevention also means saving costs. A dimension, this one, in which new technologies are becoming increasingly important, even in the decision-making phase, and to invest in monitoring - with the collection and transmission of reliable data in real time - in fact means to invest on safety (and the future).

So is it possible to monitor the state of health of river banks both automatically and in real-time? Yes, thanks to CAE. A solution – the one designed by the company, leading developer of technologies and services for environmental monitoring focused on civil protection - which was implemented along with AIPO (the Interregional Agency for river Po). The testing of this innovative system, the first in Italy, took place at the right bank of the river Secchia (Ponte Motta, municipality of Cavezzo, Modena) and was presented in Venice as part of the international conference "Citizen Observatories for Water Management " (COWM16).

The Director and the President of Anbi Veneto (Andrea Crestani and Giuseppe Romano), along with representatives of the Veneto Region and the Adige-Euganeo Land Improvement, were in attendance. Eng. Gianluca Zanichelli, Eng. Sara Pavan and Geologist Alessandro Rosso spoke on behalf of AIPO, the Interregional Agency for river Po. During the meeting, some of the key interventions for the safety in after-flood stages were examined: from the bankside structures of the Brenta-Bacchiglione embankment to the filtration on the bank of the river Secchia.

In this context, the innovative technology of the automatic monitoring system for river banks developed by CAE comes as a natural response to the needs of the territory. "It is a reliable product that is well suited for embankment monitoring" remarked Luca Finotto, CAE Engineer. "For us – continues Finotto – to acquire data, transmit them and make them available to the customer in real time is a fundamental act. We pay maximum attention to every step, from data collection to transmission. Reliability, then, becomes our priority". And the success of last January’s operational testing in Ponte Motta was the clearest demonstration. But how does it work? Guido Bernardi, director of CAE development activities, explains: "The multi-hazard monitoring station collects data from sensors arranged on a checkerboard disposition over the entire river bank, allowing to transmit real-time data related to levels of water, humidity, temperature or movements at different depths. The monitoring unit – Bernardi adds – works in all conditions. It’s powered by photovoltaic energy and also transmits via radio, thus avoiding possible interruptions in the event of power failure".

As a matter of fact, the aim of the multiparameter experimental monitoring is to study the dynamics of absorption and filtration of the embankment section concerned, in response to flood events, also examining the comparison with adjacent areas with different conditions. In this case, the system allows AIPO to obtain the modeling of the behavior of the embankment during (and after) the river floods. This system is quite innovative thanks to the use of a Wireless Sensor Network. As Bernardi explained, the sensors for the detection of different parameters, placed along the banks, are connected through a network of acquisition/transmission nodes (called W-Points) that transmit the data via wireless to the Mhaster station (which can be installed away from the monitoring area).

The W-points network is easily upgradeable and modifiable. But what happens if a W-Point is moved or eliminated? Well, the network continues to function. The reconfiguration of the system, in fact, is not necessary because it happens automatically (the information is equally transmitted through an alternative route). The W-Points are also linked to soil humidity sensors, pressure transducers and inclinometer sensors which monitor the interstice pressure (in various sections of the embankment that differ according to geomorphology and geotechnical characteristics), the degree of saturation of the soil at different depths, the vertical profile of temperature inside the embankment, any deformation of the detected response to critical hydraulic gradients. Each W-Point also collects data from sensors connected to it and transmits them to the Mhaster station, which in turn – thanks to its hydrometric and meteorological sensors - monitors the conditions relevant for a proper interpretation of the geotechnical parameters acquired on the river bank. These data, as in the case of the Ponte Motta, are transmitted to AIPO’s central control station in Parma via UMTS / GPRS. "The solution we are proposing, which includes different sensors and systems - concludes Finotto - is powerful and flexible to any kind of demand".