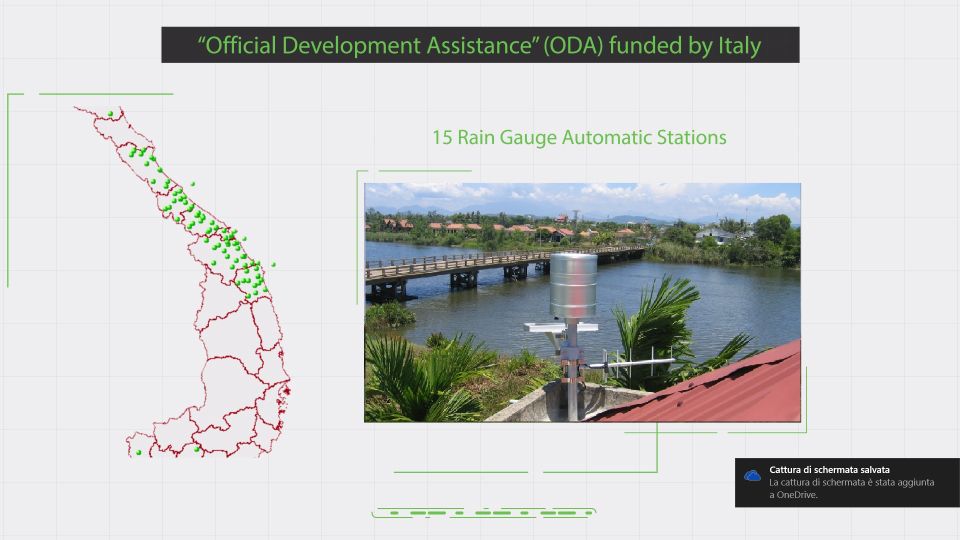 As we all know, Italy is one of the countries most impacted by climate change and the increasingly frequent extreme weather conditions. On the one hand, rising sea levels and coastal erosion damage Italy’s marine ecosystem and the entire economy that depends on it; on the other, the negative repercussions of climate change have also been felt by land, with avalanches and landslides in mountainous and hilly terrains. In some areas there has been an increase in devastating natural catastrophes such as floods, while other areas have to wage a daily battle against desertification, which reduces water resources and jeopardizes economic development.

This reality has led Italy, at both the public and private levels, to take the lead in managing the challenges of climate change. Italian institutions and enterprises are actively developing state-of-the-art concrete solutions to address and prevent the harmful effects of climate change and the hands-on application of these innovations.

The Permanent Mission of Italy to the UN dedicates to this topic the conference “Fighting Climate Change: Sharing Italy’s Innovative Technologies”. The meeting revolves around sharing a few outstanding examples of Italian technology in the field, in the hope that this demonstration may spark ideas and strengthen the universal commitment we have undertaken to combat climate change, in the spirit of the agreement reached at COP 21 in Paris. These are the featured companies: Consorzio Venezia Nuova, ENEA, ENEL Green Power, ENI, Telespazio e CAE S.p.A.

The conference will take place in New York on April 12th; during the week of April 11-15, 2016 there will also be an exhibit of these technologies – illustrated through large panels, videos and scale models – in two areas of the United Nations General Assembly Building. CAE will be featured at the meeting with a presentation by Vice President Giancarlo Pedrini, focusing on real-time monitoring for warning against extreme weather conditions (floods, landslides, wildfires). Mr. Pedrini will present the main applications of CAE technologies in Italy regarding the Functional Centres monitoring network, and with respect to foreign countries special attention will be given to the realizations in Vietnam (here the project sheets)