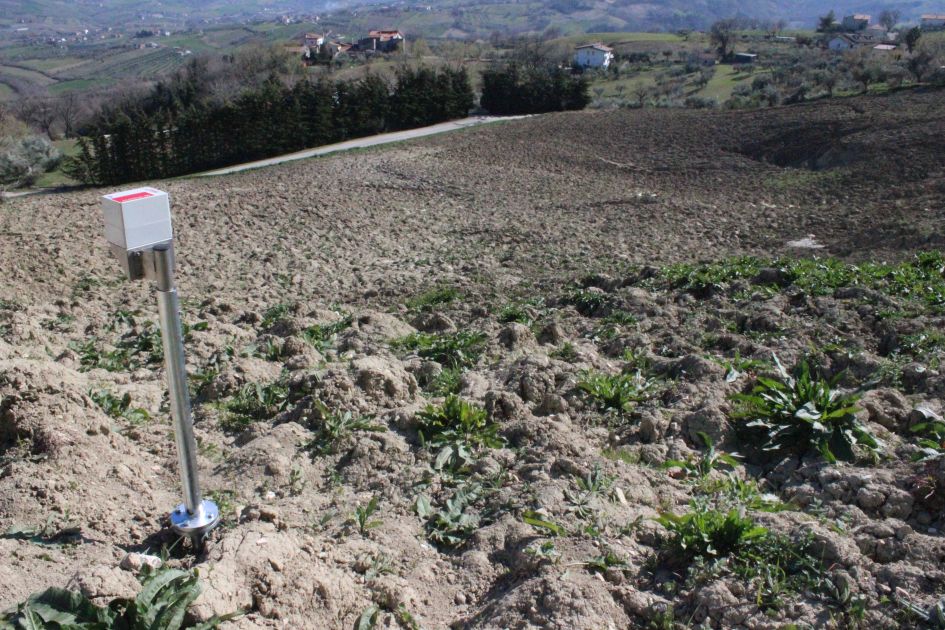 Once again, CAE is proving to be leader in the landslide monitoring sector, by installing a new system to monitor the landslide in Ponzano (Civitella del Tronto, TE), where on February, 12th, 2017, significant landslide activities took place. This system has been suggested by the Centro Operativo della Regione Abruzzo (C.O.R. - Operative Centre of the Region of Abruzzo) in collaboration with the Direzione Comando e Controllo del Dipartimento della Protezione Civile Nazionale (Di.Coma.C. - Main Direction for Coordination and Control of Earthquake Intervention of the Civil Protection Department), which are managing the current emergency in Abruzzo. The system will guarantee the monitoring of the areas around the landslide, that are currently stable and inhabited, in order to immediately evacuate them in case of expansion of the landslide. The instability resulted from the effects on the ground of combined actions caused by the earthquake activities of the last months and by the unusual snowfalls occurred in the area during last winter.

The landslide caused many fractures in the ground, as well as many deformations to the buildings in the affected area, which have been immediately evacuated. However, the instability is still active, and it is therefore threatening the buildings at the edge of the "red zone". The implemented monitoring system mainly aims at evaluating in time the need to evacuate further areas or, on the contrary, the possibility to let the evacuated population come back to their houses safely.

As we have already mentioned, the landslide activity is still developing, making it impossible to intervene with structural works or with an in-depth monitoring, as the equipment would turn unusable in a few days. Therefore, in this phase the system is monitoring 24h/day the status of the buildings located near the landslide area, as well as the rainfalls, as rain is actually the main priming phenomenon for landslides.

Once again, for this project too we used the already consolidated Wireless Sensor Network technology (WSN), in order to create Mesh networks and reduce the use of cables in the landslide area. The sensor networks aim at collecting data that will be transmitted to the Functional Centre of the Regional Civil Protection Department and to the Municipal Operative Centre, through a redundancy radio and GPRS system.